I never asked “why me”.  I always thought “better me”.

Today is one of those days that reinforces that.

We have a good friend whose girlfriend has been diagnosed with breast cancer.  I’ve never met her.  But through him I am able to help.  I can offer advice.  Help for nausea.  Advice on hair loss.  Disability is available.  It’s a reprieve.  Take it.  I have hats and beanies.  They are hers for the taking.

It feels like that year or so five years ago weren’t for naught.

I really have no credible idea why I am still here and others are not.

God knows.  He has vision.  He sees the big picture.

I know I’m the Cheese.

I know not everyone survives.

I know I may not always survive.

But I also know that I can help.

How can I run from that?

Who can really ask for more from life?

cross-posted to I Can’t Complain Any More Than Usual

Divorce vs. Cancer, by Mary Beth

I have not blogged on this site in quite some time. I just had my 5 year and 6 month check-up and I am good, a few minor problems but let me emphasize minor. The past year has been a very difficult and trying one. After 28 years of marriage I found the courage to ask for a divorce.

We had talked about divorce many times and in fact were very close in 2006 and then the cancer diagnosis. We stayed together, but in hindsight I think that was the final nail in the marriage coffin… thank goodness in was not the final nail in my coffin. I learned so many lessons from my cancer, mostly what is truly important. It changed me in so many ways. I guess I thought it would change the others close to me too. I have learned that just because we learn lessons, it does not mean everyone else does. So many times after the cancer I felt like the glorified nanny and housekeeper. There were many issues that I could not talk about then, that I hope someday I can share in case other women experience the same with their marriages.

Over the past 5 years since my diagnosis, those that knew of my marital problems would say “you survived cancer, you can survive divorce”. I heard what they were saying, but I just could not find that courage. I felt cancer was different. I had a team of doctors that I trusted. They said “do this” and I knew I would do it and follow their directions to the letter. There is no trust in divorce… another funny thought because there was no trust in my marriage either. I was not blessed with being able to trust those who are supposed to love and protect you.

I was so afraid of asking for a divorce and then having my cancer come back, what would I do? I don’t know if my cancer will come back, but I know if I stayed it definitely would. I found the courage. Divorce is hard, but cancer is harder.

On the tough divorce issue days I think of the other Mothers on this site who are fighting their cancer daily, hourly and by the minute. I think of the women that we have lost and their valiant fight, they remind me everyday what is truly important and then I remind myself… “if I survived cancer… then I can survive divorce.”

Please say a prayer or lots of prayers and healing thoughts for one of our fearless and amazing leaders, Susan, she has been having some breathing and pain issues and was admitted to the ER on Tuesday. 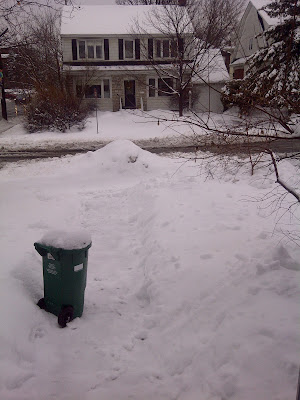 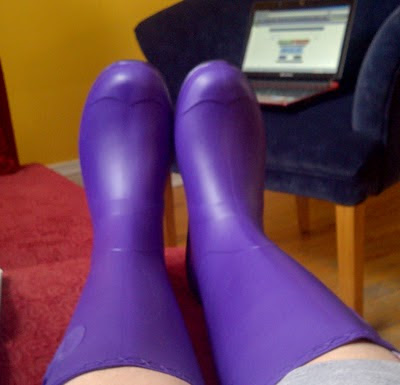 I’m sitting here in my cubicle, watching the cars drive by; watching our IT manager brave the rain in a noble attempt to get some winter exercise.

And I marvel at the ordinariness of their driving and walking. I wonder how, knowing that Elizabeth Edwards died from breast cancer yesterday and that millions of women will die from the same disease, they can drive and walk with what seems like naive oblivion.

When I walked back to my desk, I wondered how everyone else could go on with their lives with this devastating news hanging in the air.

Two months later, I had a bi-lateral mastectomy, followed by chemo and radiation.

It is now almost five years since my surgery.

What I’ve discovered in that time is that there are people feeling with the same depth of concern, compassion and sadness that I am feeling. The world may look normal, even oblivious, but there is a community of women who have experienced what I have experienced; who know what it feels like to have had and to live with cancer; who understand that terror management and practicality and faith is what keeps us looking normal while we learn a new job in a swingy brunette wig with a chest as flat as a prairie under our prosthetic breasts; who understand that every new milestone of our children’s lives (the braces coming off, the first day of college) fills us with inexplicable joy and gratitude.

As I drove in the rain to work today, I listened to the radio with a heavy heart as Elizabeth Edwards’ voice filled my 2000 Toyota Sienna. It was an interview in which she talked about the lasting impression of seeing an Obon ritual in Japan, where little boats with lighted candles in them float down a river, symbolizing the souls of the dead finding their way to “the other side of the river.” It was a stunningly beautiful image. Tears welled in my eyes. And no one in the cars around me noticed. I wiped my eyes and smiled. Because I knew there were people on I-280 south who were listening to the same radio interview, who had a mother or a sister or a daughter or a wife who had had breast cancer. Who themselves had or have breast cancer. And I knew, as they drove looking straight ahead, that they were feeling what I was feeling.

A mother with cancer

Even though I don’t live in the USA – the news of Elizabeth Edwards saddened me.

With living in New Zealand, who John Edwards was – what his politics or personal problems were, didnt really interest me at all.  But when I heard his wife had recurrent breast cancer that is who I took notice of.

I didn’t know Elizabeth other through what I read on the internet and through magazine articles but  whenever you hear of another mother with cancer it resonates within you on  a very deep level.  We all love our children and fear leaving them. I have already had one recurrence, since initial diagnosis in August 2008, and although I am back in remission as one of the other MWC mums so eloquently put it there is an elephant in the room.  At 47 I still want to live long enough to see my children married and my grandchildren but both my children and I know its a possibility that I might not.

Everytime we hear of someone making the decision to end treatment we know it could so easily be us in the future and the fact is most of us have already contemplated how and when we would make this decision.  Only another mother with cancer understands.

Elizabeth Edwards used her time left to educate with grace and strength what it is like to be a mother with cancer and for that all of us other mothers thank her.